The British Sporting Art Trust is pleased to present Sir Alfred Munnings (1878-1959)“A Life of his Own” celebrating the life and work of Sir Alfred J. Munnings PPRA (1878-1959), which will be exhibited in London and Newmarket in spring and summer 2022. 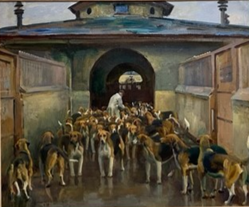 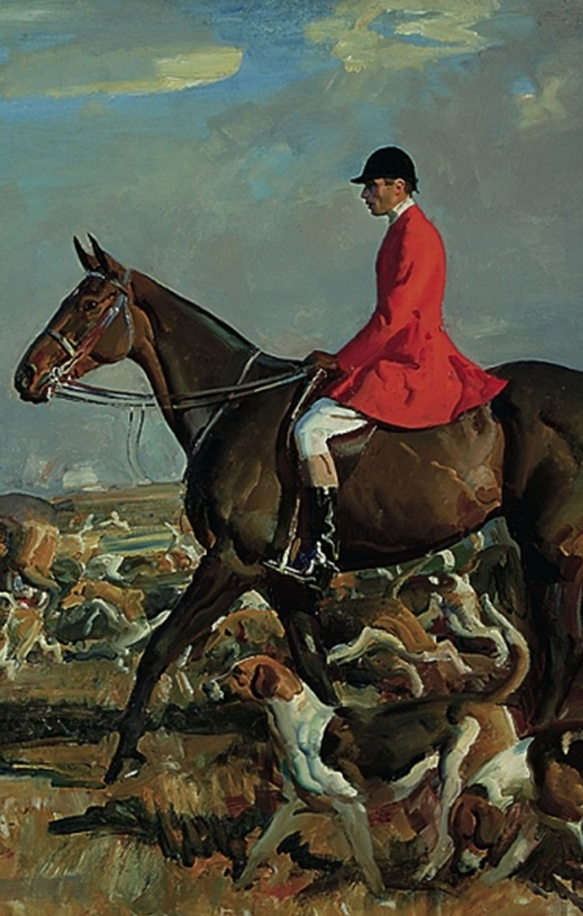 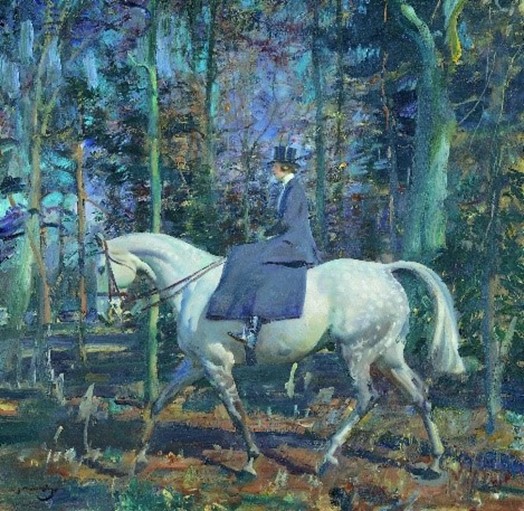 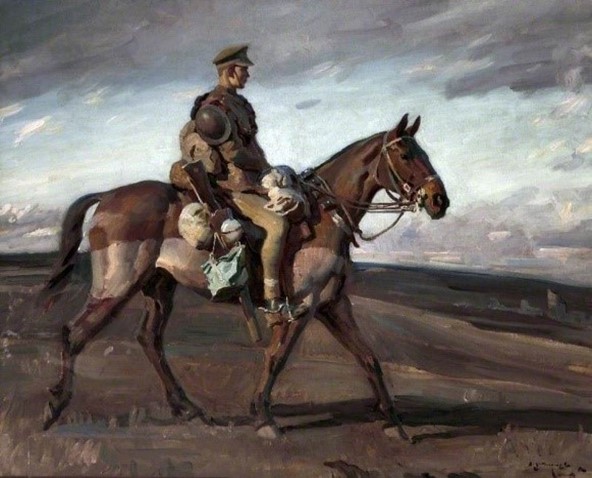 © Estate of Sir Alfred Munnings 2022 The exhibition comprises some forty paintings, watercolours and drawings spanning sixty years of the artist’s career. Munnings was one of the most popular and successful artists of his generation and the selected works tell the story of his rise from his early years working in rural Suffolk and Norfolk to his election as President of the Royal Academy in 1944.
Generous loans have been secured from public and private collections and we are grateful to the Jockey Club, Atkinson Art Gallery, The Harewood House Trust and The Household Cavalry Mounted Regiment for their support. Some of these works have never been exhibited before. The exhibition provides a wonderful opportunity to see stars of the Munnings Art Msueum Collection and to visit the world-class National Horse Racing Museum and the extensive collection of the British Sporting Art Trust.
The exhibition comprises four main themes:

Pursuit of Patronage: This section traces the success of Munnings paintings for the Canadian Cavalry during the First World War, which acted as a catalyst for major commissions from the racing and hunting worlds. Included are two works for Major Tommy Bouch of the Belvoir hunt and two for Lord Derby, owner of the legendary Hyperion. Royal portraits will be represented by Princess Mary on Portumna (Newmarket only), which the artist considered one of his finest female portraits.

The Sporting Scene: Munnings captured the elegance and dynamism of the horse like few others, and he produced some of the greatest equestrian portraits in the history of British, and, indeed, world Art. He was greatly valued by the hunting and racing worlds alike. One of the highlights of this section is Edward Turnour, 6th Earl Winterton MFH from the collection of the British Sporting Art Trust.

Painting for Pleasure: Away from the demands of commissions, Munnings spent as much time as possible painting the landscapes and horses he loved most. Included are dramatic views around Withypool on Exmoor and A Shoot in a Swede Field, an early work of his shooting friends in Norwich. The artist spent his final years painting his iconic studies of the starts at Newmarket, where he used the last surviving rubbing house as his studio and one of these has been kindly lent by the Munnings Art Museum.

Symphonies in Grey and White: Munnings loved and was inspired by grey horses and many of his most iconic works feature their diverse colouring. Amongst the most difficult shades to convey on canvas these paintings provided the artist opportunities to highlight his technical bravura with oil paint. Included will be My Grey Mare; one of his most luminous and beautiful studies of a horse as well as unexpected subjects, a detail of the rocky coast of Lamorna in Cornwall, the white Oxen of Baron Rothschild at Chantilly.
The fully illustrated catalogue accompanying the exhibition features essays by Katherine Field, Tristram Lewis, Brandon Lindberg and Bill Tetheridge.

Tweets by @BSATrust
Copyright © 2022 BSAT, All rights reserved
This website uses cookies and similar technologies to give you the very best user experience, including to personalise advertising and content. By clicking 'Accept', you accept all cookies.
I accept
Accessibility