Robert Polhill Bevan's rare lithographs of Hunting Scenes will feature in the next special exhibition at Palace House The Good Companions: The Many Roles of our Canine Friends 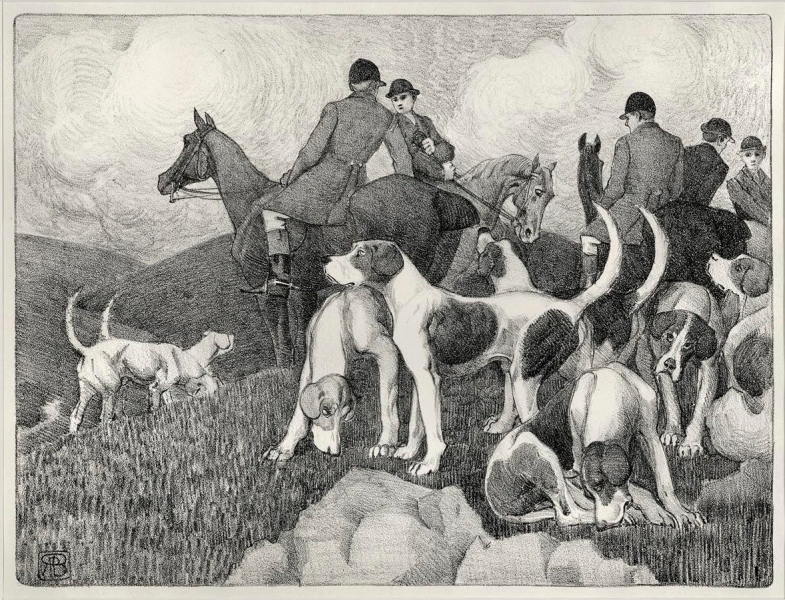 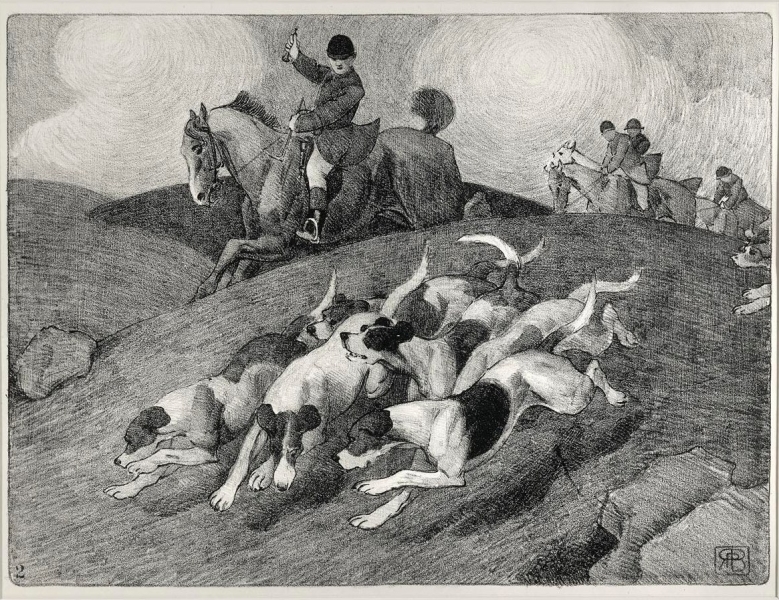 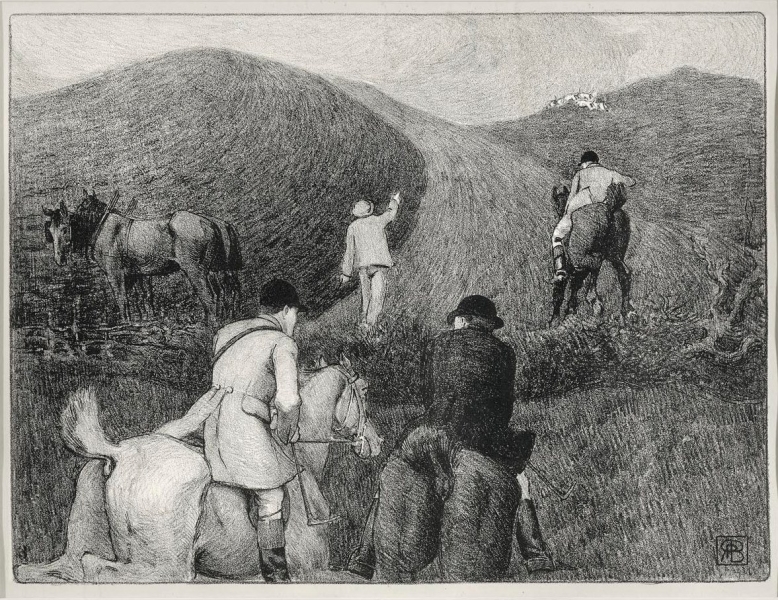 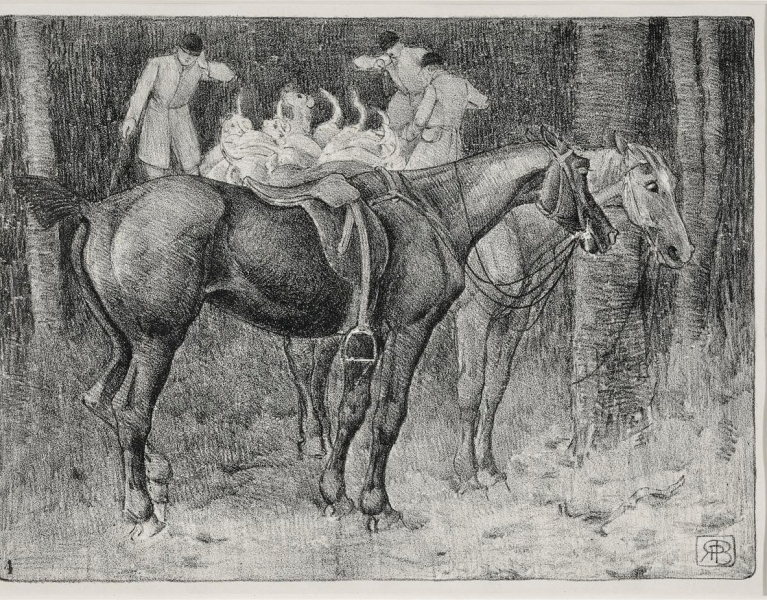 Robert Polhill Bevan (1865-1925) is considered one of the most accomplished of the British Post Impressionists and was a founding member of the Camden Town Group. He had a life-long passion for horses and was encouraged by Walter Sickert to produce the scenes of London life involving horse cabs and markets that are so highly valued today.

Bevan showed talent for drawing from an early age. His family hoped he would join the family's banking business but eventually allowed him to study at the Westminster School of Art in London and the Académie Julian in Paris. He travelled to Tangiers where he met other artists such as Joseph Crawhall. Bevan did not accomplish much in the way of painting but indulged his love of hunting and horse racing and become master of the hunt there in 1893.

Late in 1893 he returned to France and visited the artistic colony in Pont-Aven. While there he met and was influenced by Gauguin and Renoir. He also developed an interest in print making techniques and in particular lithography.

By 1894 he had returned England and settled on Exmoor where he hunted with the Dulverton and the Devon and Somerset.The Hunting Scenes were a project which were inspired by this period of his life, before his marriage in 1897 when he retired from hunting. Bevan published the series in 1898 in the hope that they would prove a successful commercial venture, however, his emerging innovative style was not to the taste of the Hunting Community and of an edition of 30 few were sold.

Plate 2 "The Meet" and plate 3 "Found" will be on display at Palace House as part of the exhibition The Good Companions: The Many Roles of our Canine Friends, provisionally planned to open 31 July 2020.

The information for this article has been taken from Robert Bevin (1865-1925) by Frances Stenlake. BSAT essay number 47, Spring 2006.
Copies can be purchased by emailing bsatrust@btconnect.com £3.50 including p & p

Tweets by @BSATrust
Copyright © 2021 BSAT, All rights reserved
This website uses cookies and similar technologies to give you the very best user experience, including to personalise advertising and content. By clicking 'Accept', you accept all cookies.
I accept
Accessibility